Through exhibitions and photo books, Helga Theilgaard has achieved to become one of Denmark’s most significant photographers in the portray of people from all layers of society. On top of that, she is cooperating on a regular basis with institutions, organisations and authorities on the creation of a series of photographic productions.

‘My work is grounded in the classic portrait photography, works and exhibitions- I have more than 10 years of experience in teaching as a guest teacher and lecturer at the Photography Academy in Copenhagen, The Danish School of Media and Journalism, The European Film Collage, KEA Copenhagen School of Design and Technology and Krabbesholm Højskole. In addition, I am an KUNSTGREB innovator, that unites artistic and managerial practices to create innovation. Former board member of The Danish Art Council, member of the photo agency BAM and examiner in photography at The Danish School of Media and Journalism.’ 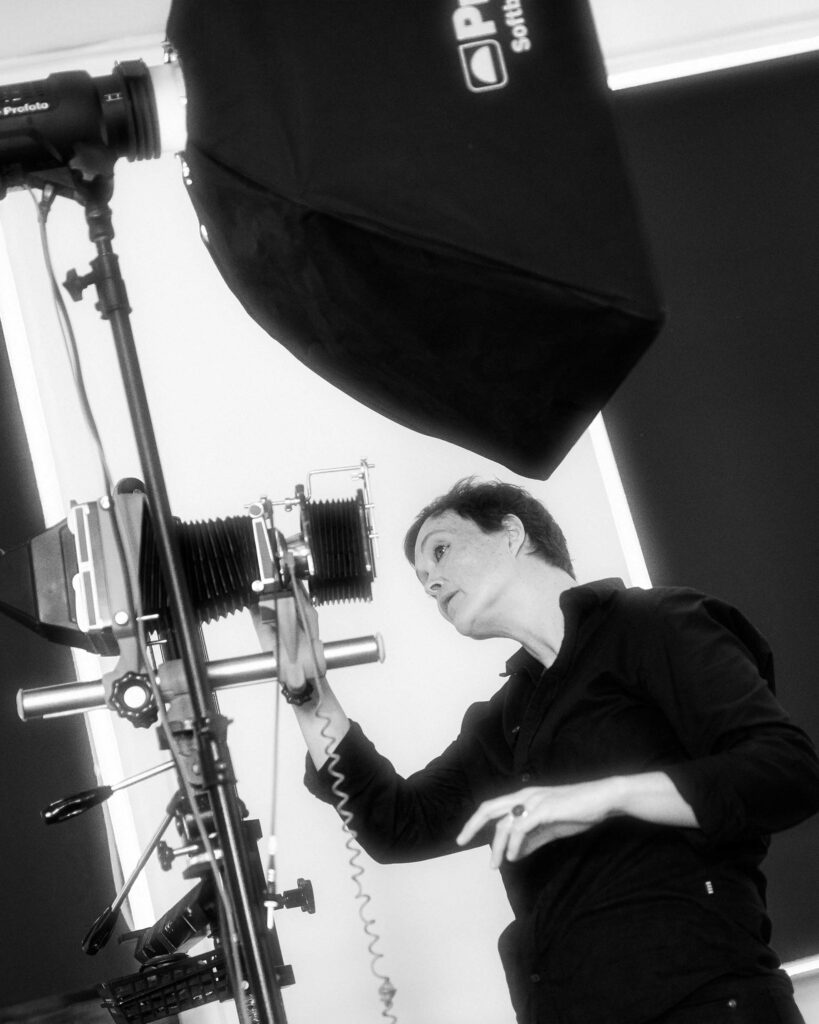 ´For more than 10 years I have been behind a series of large nationwide exhibitions:

‘The Island in the Sea – a visual narrative from Christiansø’ (2007), portraying Christiansø and the inhabitants on the island through filming, sound and pictures. The exhibition has been shown at Bornholm’s Art Museum, the Round Tower in Copenhagen, Nordens Hus in Island and on the Faroe Islands.

‘The Rootless’ (2010), portraying homeless people in Denmark has been exhibited in the five largest cities, at the art festival ‘Lys over Lolland’ and published as a photo book at Ajour Publishing in 2010.

‘Body of Desire’ (2014) is my latest work at a large scale. It contained a photographic installation about male and female prostitutes, placed in Skelbækgade, Copenhagen.’

On top of the production of my own artwork, I collaborate with institutions, organisations and government regards the creation of books, publications and exhibitions. For example; ‘Life Moments’, a photographic artwork created in connection to the 150 years anniversary of Diakonissestiftelsen and latest with ”Bellahøj- stories about a complex, published by Strandberg Publishing.”

Helga Theilgaard is a former board member of The Danish Art Council, member of the photo agency BAM and examiner in photography at The Danish School of Media and Journalism.

In addition, she was awarded 1. Prize for best photography in The International Street Paper Award in 2013, and in 2015, selected to contribute to the book ‘101 artists’.